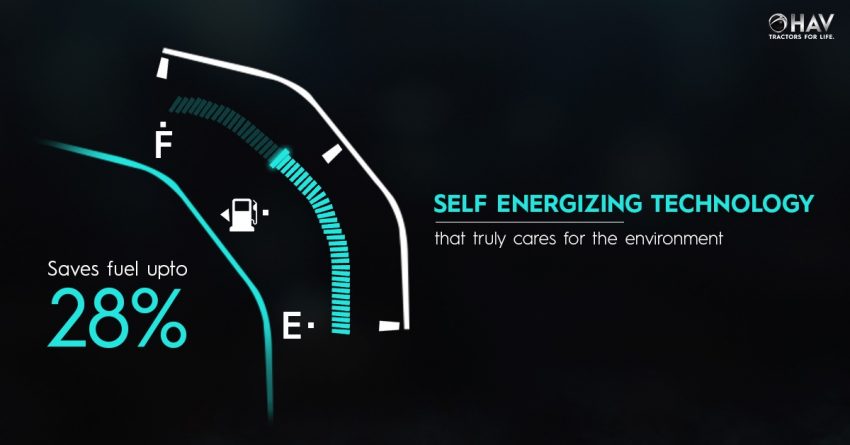 As global governments are focussing on climate warnings and setting out goals to lower emissions, many are turning to the automotive industry as the key area to reduce the impact on the environment. One of the main ways they plan to achieve this goal is by going electric.

Apart from being healthier for the environment, they are healthier for all of us too as reduced harmful exhaust emissions ensure better air quality and controls health problems caused by air pollution.

Though one of the most major areas that is often neglected in this light is the Farming sector. Farming is one of the economic areas that needs to make maximum alterations to diminish the high fuel utilization and; subsequently, environmental contamination.

As per SIEMENS and BOWERS (1999), fuel costs address at least 16%, to 45% of the hourly expenses of an agricultural vehicle, and this addresses the biggest portion of the total cost of machine work.

In this scenario HAV tractor is a gamechanger as  it is the only Hybrid tractor technology in India without battery packs, which has the capability to run on multiple fuel options. These same tractors can even be upgraded to a complete electric vehicle once the infrastructure is in place in near future.

The Eco Friendly self-energizing technology offered by HAV  promises to save upto 28% with S1 series and upto 50%  fuel with their S2 series in comparison to the traditional tractors. Since the role of the engine here is to only provide current to electric motors and other components. It’s no surprise that this technology is a trendsetter due to its future adaptability into the whole electric farm machinery along with it’s self-sustainable features.

Even on a national level, these are easy to power from local and renewable energy sources, therefore reducing the dependency on foreign oil. So that the impact of  increase in fuel costs does not affect the people as much.